Why You Need To Move

Why You Need to Move

Living a Sedentary Life – Why You Need to Move 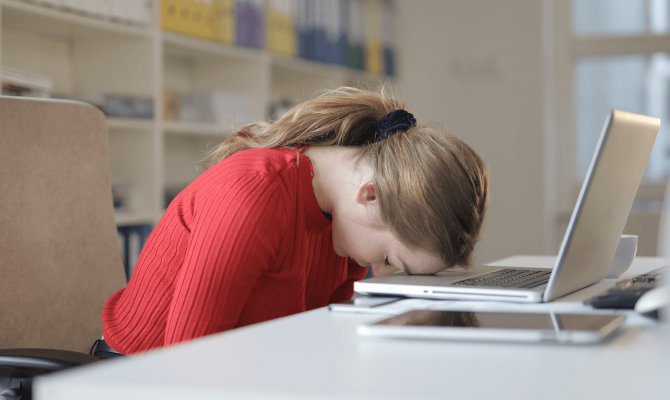 Lockdown has seen many of us working from home, sitting in front of computer screens, not going to the gym and spending more time stuck in one place. Are you one of the millions of people that spend their day sitting down? Whether it’s at your home or office desk, travelling on the train, driving your car or watching television, long periods of sitting can be adverse for your health. Scientists have identified a new threat from people’s sedentary lifestyles that they call ‘muscular inactivity’.

Sitting has always been regarded as bad for your posture. Here is a quick anatomy lesson to explain how sitting affects your posture. It is physically impossible to maintain perfect posture for your entire seated day, whether at work or home. Sitting invokes something that is known as the ’double flexed’ position. Your body is flexed at the hip and the knee joints. Flexion is an anatomical term used to describe bending or decreasing the angle at a joint when it moves. When we are standing upright, both our hip and knee joints are at a 180-degree angle. When we are seated, both the hip and knee joints are held at 90-degree angles. The biggest issue with a constant state of flexion (i.e. sitting) is that the muscles that cross over the hip and knee joints on the shortened side of the angle become short and tight (i.e. hamstrings, hip flexors). This often causes a muscular imbalance within the body, thus affecting your posture. Consequently, the balancing muscles on the other side of the hip and knee joints become longer than normal, creating a weakness as a result. Not only does this affect the hip and knee joints, the back and spine can also become problematic. Studies have also been conducted that document an increased risk of disc herniation in those who perform sedentary jobs, characterised by sitting. This isn’t the only problem with sitting. Recent studies have shown that sitting still for long periods of time leads to the build-up of substances in the blood that are harmful to health.

Got aches and pains from sitting too long? Habit can help get you sorted for your best life. Book a Physiotherapist today.

Millions of people lead sedentary lives, spending their days between car, train, office desk and the couch. While the ill effects are well recognised, it has conventionally been thought that they can be offset by frequent trips to the gym, swimming pool or running. Researchers are now saying that this is not enough. In addition to their regular exercise, people need to keep moving while they work. Whether to make a trip to the printer, coffee machine or to talk to a colleague. Getting up and moving around every 45 minutes will help too. Research shows long periods of sitting and the lack of ‘whole body muscular movement’ are strongly associated with obesity, heart disease, cancer and diabetes, and an overall higher risk of death. This is irrespective of whether you do moderate or vigorous exercise. “One study compared two groups of sedentary office workers, one of whom had regular breaks to move around, while the other remained sitting for up to eight hours a day. The group that had the breaks had better blood lipid levels and blood glucose and less obesity.”1 A second study from Australia showed that for every extra hour women spent sitting (watching TV), their risk of metabolic syndrome (a pre-cursor of diabetes and heart disease) increased by 25%, regardless of how much exercise they did.2 As technology evolves and products are released to make our lives easier, it also makes us lazier as humans. Devices such as tablets, smartphones, on-demand entertainment (e.g. Netflix) and virtual assistants (e.g. Siri, Alexa) enable us to stay in one spot to work, communicate and control our lives. We literally don’t have to move all day, including for office work.   As humans, we are built to walk, run, squat and jump. Sitting down all day is detrimental to our health. So, next time you’re sitting down at your desk, staring at your laptop or watching TV, take a break, get up and move. Walk around the office, stretch your legs, pause that Netflix show and get up to make a cuppa. Not only will it give you a break, it will be better for your health.

For exercises tailored to you that you can do at your office desk, at home or the gym, book a Habit Personal Trainer today. 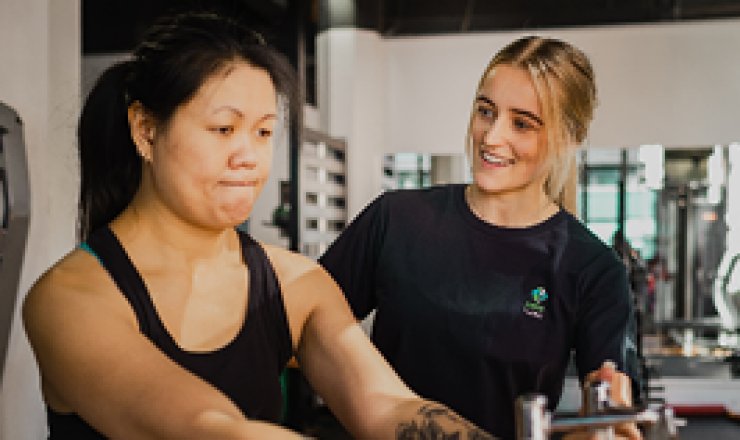